It is no secret that the effectiveness of your cathodic protection system depends on the experience of the installer and the quality of raw materials put into the pipeline. Many CP professionals often wonder about the pros and cons of using insulating flange kits over monolithic isolation joints.

The monolithic insulating joint is an alternative to insulating flange kits. It was used widely in Middle Eastern and European countries in the Oil & Gas Industry. While they have been used in the United States, their benefits have been overshadowed by long lead times from European manufacturers.

What are the pros and cons of using monolithic insulating joints versus insulating flange kits?

The primary problem of using monolithic insulating joints in U.S. pipelines has been the long lead times from European manufacturers. While some U.S. distributors have tried to appease the availability issue, it has become a challenge for contractors to work with staggering lead times when inventory has been depleted.

Insulating joints come preassembled and pretested versus the traditional insulating flange kit, which requires a skilled technician to assemble it on site. By using the Insulating joint, the company saves on-site labor. The joints are also less likely to fail from an improper installation, which could render a CP system ineffective and result in both internal and external corrosion.

With an insulating joint, serviceability and maintenance are simplified. Whereas, when using an insulating flange kit, the system may become shorted when buried (from settling, thermal expansion or over-tightening). In this case, the cost to repair a damaged or leaking system significantly exceeds the initial investment of an insulating joint. It is also more likely that the pipeline would have to be shut down if maintenance or replacement is required.

With the recent rash of gas pipeline explosions, the spotlight is on gas pipelines to increase the safety and quality of pipeline materials and testing. The expansion of Barlow Insulating Joints, a U.S. manufacturer, seems timely. Barlow is not new to the industry and has manufactured insulating joints for over 50 years serving the east coast. The company was acquired by IMAC Systems a couple of years back who has decided to expand the Barlow line to the west coast.

Susan Bender
Susan Bender started selling to the natural gas industry in 1980. In 1990 she founded Linc Energy Systems, where she remains as President and CEO. She attributes her success to her philosophy, “The customer is king (or queen),” which remains part of her company’s mission.
Recommended Posts
Showing 6 comments 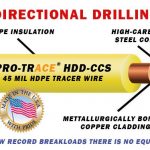 What makes utilities and pipelines locatable?Damage Prevention of Utilities 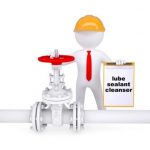