Gentherm Global Power Technologies builds thermoelectric generators that provide reliable power to remote locations. How does the TEG generator work? What is the thermoelectric effect? Moreover, what are the advantages of GPT TEGs?

How do thermoelectric generators work? 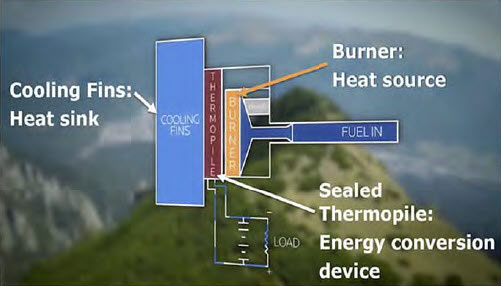 TEGs transform heat directly into electrical energy without the need for moving parts, such as turbines. As heat transfers from a gas burner through a thermoelectric component, it triggers electrical current to flow.

At the crux of the Global Power Technologies TEG generator, is a thermopile, a hermetically-sealed thermoelectric module, which contains a ternary alloy of lead, tin, and tellurium (lead-tin-telluride) semiconductor elements. This robust component provides a chemically stable environment for the thermoelectric constituents ensuring a long service life.

TEGS benefit from a temperature gradient between the two sides of the generator. This phenomenon where a temperature difference can create a voltage is known as the “thermoelectric effect.”

A gas burner is installed on one side of the thermopile, while on the opposite side, aluminum cooling fins or a heat pipe assembly provide cooling. While operating, the TEG sustains a temperature of about 540°C on the burner side, and 140°C on the cooling side. The heat flowing through the thermopile generates steady DC electricity, and there are no moving parts.

Gentherm Global Power Technologies (GPT) systems are reliable and require minimal training and maintenance. The units are easy to operate, competitively priced, and have a long life. The TEGs maintain continuous operation and are unaffected by weather or airborne contaminants. The GPT thermoelectric generators require a smaller footprint than solar systems or other generator options, and since they are low visibility, they can be installed in security shelters. They have reduced battery requirements as well as extended battery life, given that they maintain continuous operation and have decreased deep cycling. Interested in learning more? See this overview.

The mentioned advantages make the GPT TEG ideal for many remote applications requiring reliable power, explaining why GPT generators are around the globe as primary systems, back-ups, and TEG systems with integrated solar energy. GPT TEGs are ideal for a variety of applications in our industry, including:

If you’re interested in learning more about using thermoelectric generators in an application, message us here or call (303) 697-6701.

KC Forward
KC Forward is the Sales Director. He joined in early 2017, bringing a wealth of experience selling and leading sales teams over the last 20 years. KC was originally from Detroit and has been in Colorado since 1996. He is a widower and values family the most in life which includes two adult children. Board games, sports, reading, he does it all. He has a B.S. in Business Management from Oakland University in Michigan.
Recommended Posts 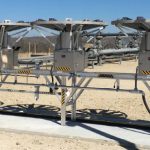 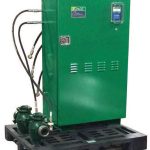