We are happy to announce that Linc Energy Systems was named Top 100 Woman-Owned Companies by Colorado Biz Magazine for 2021.

Susan M. Bender is the founder, president, and CEO of Linc Energy Systems. She has led her company since 1990, which started in a small bedroom of her condo. She strives to build a workplace that empowers her staff to develop their dreams.

Susan will be part of a panel presentation, Evolutions in Traditional & Renewable Energy Sources, at the International Women’s Forum of Colorado this Friday, September 24, in Denver. 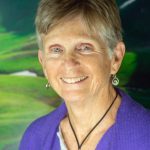 Over the years, Susan has earned many accolades for her business and activities in the community, and we wanted to take a moment to recognize Bender’s achievements.

Bender won the Denver Business Journal Outstanding Woman in Business (Energy) and Top Women in Energy designations. She also earned the Eclipse Award for Outstanding Company Culture by the NWBOC, and her business is an inductee of the NWBOC Hall of Fame.

Bender dedicates herself to her business, the community, and her family. She is a philanthropist and donates her time, talents, and treasures with pleasure. Susan is the founder of The Susan M. Bender Family Fund managed by The Denver Foundation, a platinum sponsor of Project Angel Heart, and a founding member of Impact 100 Denver. She was also recently inducted into the Red Bank Catholic High School Hall of Fame for lettering in track and basketball.

Congratulations to both Susan Bender for her contributions and Linc Energy Systems on a job well done.

Jeffrey Cox
Jeffrey Cox is the Vice President of Linc Energy Systems. With more than 25 years of industry experience, and specializing in natural gas measurement, volume correction and data acquisition he adds his voice to the Linc Energy Blog by writing about natural gas flow measurement and control. Jeff has been in a leadership role since 2004.
Recommended Posts 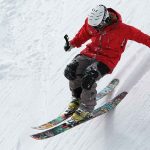 Employee Profile: Lucas CoxPeople on the Move in the Natural Gas Industry 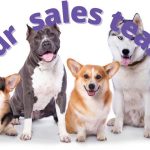