If you’re familiar with Linc Energy Systems, you most likely know or at least have heard of Jeffrey Cox. Maybe you’ve spoken to him on the phone, met him at a trade show, or even in one of the training sessions he’s conducted in his 22 years with the company. While at Linc, he’s worn several hats, including that of vice president and COO. Today, Jeff is taking on an even bigger role. Jeff is now the President and COO of Linc Energy Systems, Inc., taking over the day-to-day operations for his sister and founder of the company, Susan Bender, who remains the company’s majority shareholder and CEO. 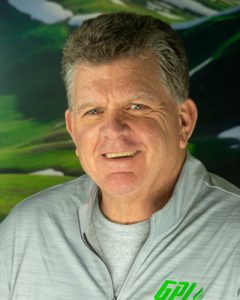 “I’m very proud of Susan and the company she’s built,” says Jeff. “She built this company from the ground up, out of a small townhome bedroom and naming the business after her dog Abraham Lincoln.” (Hence the company name Linc, short for Lincoln.)

As Susan grew the list of manufacturers and states Linc represents, she enlisted Jeff’s help to grow sales. Now, after more than two decades with Linc Energy, he’s ready for his new role as Linc’s president.

“I’ve been in sales all my adult life, and with Susan and Linc for 22 years, so this feels like the next natural step,” says Jeff.

Cox shares his sister’s love of the company, which makes this promotion even more special.

“I can’t even begin to fill her shoes,” says Jeff, “but I’ve learned from the best, so I’m going to continue building Linc as she has done so successfully for all these years. Steady, managed growth.”

Jeff is also quick to remind everyone, “Even though Susan will not be physically at the office as often as she used to be, she’s still the CEO, and she’ll still have her hand in the business, while I take a load off her shoulders doing the day-to-day operations.”

Jeff says there won’t be any noticeable changes to the company or the way it is run.

“I’ll continue to grow the company and do so in a measured way. We’ve always covered the Rocky Mountain Region for the Linc Energy Systems product line, and we’ve recently expanded. The territory we cover now spans to the Pacific Northwest, including Northern California for some of our product lines.”

There have been numerous changes in the industry over the years. According to Jeff, the biggest change he sees now is the consolidation of the industry.

“We used to primarily be a manufacturer’s representative, but now vendors would rather have their reps take on the distributorship role as well. We’ve gone from selling metering products for clients such as Honeywell and having them do the distribution to physically warehousing and distributing the products ourselves. We’re much more involved in the process. It makes more sense.”

Moving into the new year, training sessions are at the top of the list of services Jeff says Linc is focusing on.

“We’re going to be doing a lot more training for our clients and their employees. Linc employees know these products inside and out, that’s our job, but we also want our clients, the people who will be using the equipment every day, to understand them as well so they get the maximum value from their investment.”

As a lifelong salesman, Jeff says it’s all about customer service.

When asked what sets Linc Energy Systems apart from other manufacturer’s reps and distributors, without missing a beat, Jeff says simply, “We answer the phone.”

“Everyone is on call at Linc. We take turns doing it every month, so whoever calls, no matter what time, or what day, they’re going to talk to one of us. We even do it during the holidays. There’s nothing worse than wading through a bunch of computer prompts to leave a message and to be at the mercy of their time schedule. That’s just bad business.”

Since taking on his new role as president, Jeff says he’s fielded several questions and concerns about the continuity of the family business as the years go on. 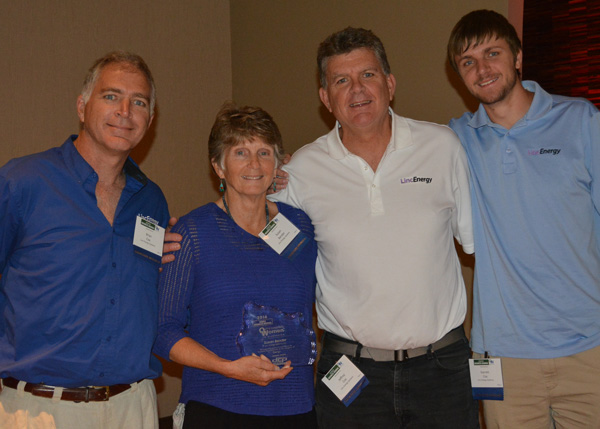 “We’ve always had a succession plan,” Jeff says pointedly. My sister Susan built Linc to be a family business, and it is. Over the years, she’s brought almost all of us on board in some capacity or another. Our brother Brian works here as the Manager of Inside Sales, my oldest son Garrett is the Director of Sales, my son Lucas is an Account Manager here, and Susan’s son Preston is the Director of Engineering. Everyone else who works here may not be related by blood, but they are most certainly our family, they are extended family. I think it’s safe to say we have a solid succession plan.”

Not all Work and No Play

Outside the business, Jeff loves to spend time outdoors. Like everyone at Linc, he loves to snow and water ski, spend time with his dogs, and enjoys time on his wakeboard boat during the summer months. Jeff’s other passion is home renovation. He and his wife of 35 years, Joyce, spend much of their time renovating the home they bought in Willowbrook, a small community nestled in the foothills just outside of Denver.

Michelle McGowan
Michelle McGowan has been in communications for the past two decades and regularly contributes her voice to Linc Energy Systems, Inc.’s various social media platforms.
Recent Posts
Comments 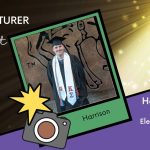 Manufacturer Spotlight: Harrison Baer from GPL OdorizersPeople on the Move in the Natural Gas Industry