Recently someone posted a question on our Facebook page. It was, “Is this the energy company mentioned in an Australian news report causing an environmental catastrophe in the state of Queensland?”

We are not Linc Energy.

Linc Energy was a publicly listed Australian energy company founded in 1996. It specialized in producing coal-based synthetic fuel along with conventional oil and gas. It was involved in the development and commercialization of proprietary underground coal gasification technology. The company had headquarters in Brisbane, Queensland, with operations in Australia, North America, the United Kingdom, Poland, South Africa, China, Vietnam, and Uzbekistan. They had operations in Denver, just miles from our location.

From the Linc Energy Wikipedia Page

In Australia, in 2014, the Queensland Government filed charges over alleged environmental harm stemming from Chinchilla Facility. Linc Energy reported that these charges are not material to the company’s finances or operations and staunchly defended allegations.

In April 2018, Linc Energy was found guilty of causing serious environmental harm and the following month fined $4.5 million. The court was told that groundwater underneath its plant in Hopeland would take 20 years to recover from toxic chemicals’ leakage. A whistleblower also alleged that the government ignored warnings and put the company’s profits above the environment.

We are Linc Energy Systems, and there are significant differences between our two companies. Linc Energy Systems is a privately held, small, women-owned business founded in 1990. We are a manufacturers’ agent and distributor, and a contractor, and we focus our efforts on the natural gas industry. We specialize in natural gas measurement, the damage prevention of underground utilities, and natural gas’s odorization.

Our headquarters are in Wheat Ridge, Colorado, and we sell our products and services in the Western States and the Rocky Mountain States. We place great effort in selecting principals with products that make a difference in their functionality.

Of course, the answer to the question is that we are not and have no ties to Linc Energy except for our name. I chose the name in 1990, naming the business after my dog, Abraham Lincoln before the Australian company began.

Susan Bender
Susan Bender started selling to the natural gas industry in 1980. In 1990 she founded Linc Energy Systems, where she remains as President and CEO. She attributes her success to her philosophy, “The customer is king (or queen),” which remains part of her company’s mission.
Recent Posts 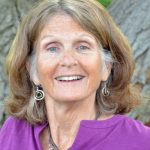