In my earlier post, “Guidelines for developing an Operator Qualification Plan,” I identified eight provisions the PHMSA mandates to be included in any Operation Qualification Program. Within this post, I discuss the first step, which is to identify the “covered tasks” performed by the employee or contractor.

Any operation or maintenance undertaking is considered a covered task. Additionally, anything that influences the operation and integrity of the pipeline would be on the OQ task list.

The PHMSA expects the operator to qualify their employees and contractors who perform any covered tasks. While not all may apply to your system, and some may be missing, the PHMSA considers the following OQ tasks:1

These are some covered tasks, though it is suggested that other OQ lists can be purchased from trade associations. In my next posting, I will expand upon step #2: the evaluation of individuals performing the covered tasks to prove they are qualified. 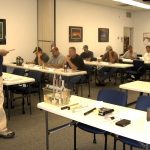 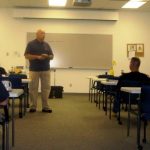