While Linc Energy Systems is known for providing leading products to the natural gas industry, we also have a reputable service division devoted to performing natural gas leak surveys. Here is a review of a recent project we conducted in New Mexico.

A national research laboratory for the U.S. government in New Mexico was looking for a contractor to leak survey all their gas pipelines, regulator stations and meter sets inside their multi-facility complex. This compound is a rather large area, approximately four to five square miles with nearly 800 different pipe sections from the transmission company through the streets, to various buildings and the compound. The facility had previously retained the services of another contractor over the years, yet the technician retired, and the government contractor needed to have their lines patrolled and documented to keep in compliance.

What is a leak survey?

The gas leak survey is the actual work of patrolling the lines with flame ionization and hydrocarbon leak detection equipment to identify all potential leaks. The regulations require that pipelines be patrolled for leaks on a particular frequency determined by the number of people that dwell in an area or the number of buildings. The rate varies depending on the class location of the pipelines. This customer required a leak survey at a frequency of once a year. 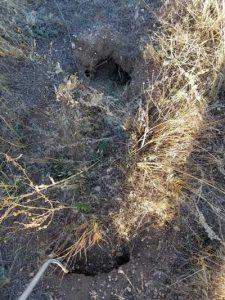 Cave in above a natural gas pipeline discovered in a recent patrolling project.

The rules require documentation to demonstrate that the pipeline owners are in compliance with the federal regulations. The documents must show that the pipelines are surveyed at the appropriate frequency. Additionally, it is imperative that the records be readily available to local, state, and federal authorities during an incident. Because of the time needed to conduct these patrolling projects, as well as the expense of locating equipment, training, and certifying employees, it becomes more prudent for most facilities and companies to hire outside contractors, such as Linc Energy Systems, to keep facilities in compliance.

Recognizing that the former technician had a set procedure in place, I reviewed the plan and agreed to continue the existing process.

Shortly into following the established process, I identified three areas that could be modified, and by implementing new protocols, we improved efficiency and saving resources.

Over a two week period, I evaluated approximately 125-meter sets, 60 regulator sets, and four regulator stations. I wrote up a report for every leak discovered, all 69 of them. We detected three Grade 1 leaks that were isolated and repaired, preventing potential catastrophic events. We found 29 new leaks over the previous leak survey.

Before leaving the customer’s location, Linc Energy Systems gave the client all 69 reports. Subsequently, we scanned all reports and sent an electronic file of the project to the customer’s engineering department for their records. We also maintain a copy of this file in our database. We are optimistic that we will be the client’s choice for their annual leak surveys in the years to come.

Performing leak surveys of gas pipelines are not only a requirement of the U.S. regulations (DOT/PHMSA), it also represents one of the best ways to avoid catastrophic disasters. If you would like to learn more about how our company can help you in compliance with the regulations call us today at (303) 697-6701 or request a quote.

Randy Bishop
Randy Bishop was a Technical Sales Rep at Linc Energy and transitioned in 2017. He provided his expertise by managing projects associated with the Honeywell Mercury Instrument measurement and correction instruments and the GPL Odorizer products. Randy blogged about utility contractor services.
Recommended Posts
Comments 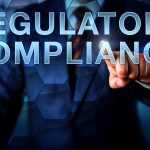 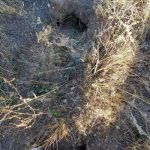 What are the Gas Pipeline Patrolling Regulations?Utility Contractor Services