In 1816 the first U.S. gas company was founded in Baltimore, and by 1817 the first gas lamp using manufactured gas was lit. The Baltimore gas company offered a flat rate for service to its customers. Unfortunately, the cost of gas service was too expensive for the average Joe, and as a result, the Baltimore business struggled to grow.

The New York Gas Company, today is known as Con Edison, was founded in 1823. Contrary to the Baltimore company’s approach, the New York business designed its system by metering gas to its customers and billed according to gas consumption, rather than a flat-rate plan. The New York method was so successful, its model was quickly duplicated in other thriving east coast cities, including Baltimore, and the U.S. natural gas distribution industry began to thrive. 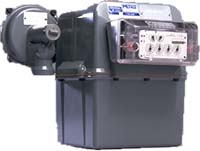 Since nearly the beginning of U.S. gas distribution, meters have served as an integral part of the industry. American Meter is the oldest meter company in the United States, and in 1863, standardized metering began.
Today there are mainly four different types of gas meters used in the industry, each having its benefits and purpose. Those types are diaphragm meters, orifice meters, rotary meters, and turbine meters. These meter types can be categorized as either inferential meters or positive displacement meters. In my next blog, “Natural Gas Meter Types,” I discuss the two categories and the different meters being used today to measure gas flow.
Natural gas metering continues to be pivotal to the natural gas industry’s success.
Linc Energy Systems is the stocking distributor for Itron Gas Meters and Regulators. Not familiar with Itron? Itron was formerly known as Actaris and Schlumberger.
gas meter, gas metering, gas meters, natural gas industry history, natural gas measurement 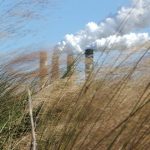 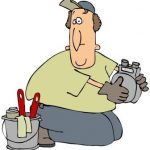